RTÉ today announced Nathalie Stutzmann as Principal Guest Conductor of the RTÉ National Symphony Orchestra. Nathalie will hold this position from September 2017 to May 2019. The announcement coincides with Nathalie’s second performance with the RTÉ National Symphony Orchestra on Friday in a programme of Beethoven and Brahms at the National Concert Hall. Itamar Zorman, violin, and Leonard Elschenbroich, cello, will join as soloists. The concert will be broadcast live on RTÉ lyric fm.

Nathalie Stutzmann is a major international figure in her parallel careers as both contralto and conductor. Her charismatic musicianship and the unique combination of rigour and fantasy which characterise her style have been recognised by her peers, audience and critics alike. She is currently in the first year of a three-year role as Associate Artist of the Sao Paulo State Symphony Orchestra and she is Associate Artist of the Orchestre National de Bordeaux for the 2016/17 season. She enjoys an exclusive contract with Warner Classics/ Erato as both singer and conductor.

“Nathalie first conducted the RTÉ National Symphony Orchestra in Wagner and Mahler at the National Concert Hall in February 2016. From the outset, it was apparent that an easy and natural chemistry had developed between Nathalie and the musicians. It was also clear that the public intuitively sensed and responded in the warmest terms to the music-making and to Nathalie’s natural charisma. Nathalie brings the qualities one expects of a great singer to her work as a conductor, coaxing beautiful phrasing from musicians and conveying an unerring sense of musical line. This appointment marks the start of a significant artistic partnership and we are excited at the prospect of sharing the resulting music-making with the widest possible audience.”

“When I conducted the RTÉ National Symphony Orchestra for the first time in 2016, I felt an immediate connection with the musicians: only a few minutes into our first rehearsal it became clear that here was an ensemble of musicians with a rare combination of generosity of spirit, human warmth and real character: an orchestra made of flesh and blood! I enjoy working with people who recognise music for what it is – one of life’s most extraordinary gifts – and who are willing to commit mind and body to the challenge of revealing it to our audience, to the search for that extra colour, that extra poetry, that extra sensory layer. That is what I am always looking for, and I found it here. It is a great honour and pleasure for me to become the RTÉ National Symphony Orchestra’s Principal Guest Conductor, and I very much look forward to developing together a bond with our audience, both those attending live and the radio and online audiences both in Ireland and internationally.”

Find out more re Nathalie’s performance with the orchestra on Friday 13 January. See here.

Ms Stutzmann has an exclusive contract with Warner Classics/ Erato as both singer and conductor. Her most recent release, “Heroes from the Shadows”, focuses on neglected roles in Handel’s Operas, which she sings and conducts with her period ensemble, Orfeo 55. The album was released in 2014 to unanimous critical acclaim. Her next release, an album featuring Italian arias, is scheduled for Autumn 2017.

To find our more about Nathalie Stutzmann, see here. 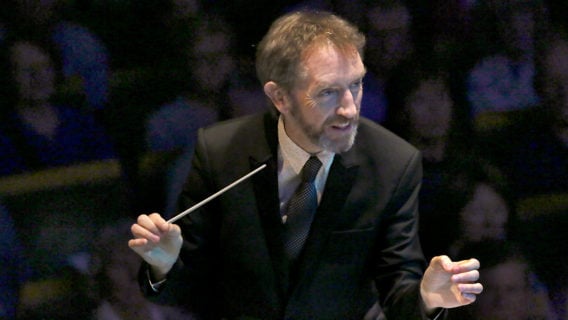