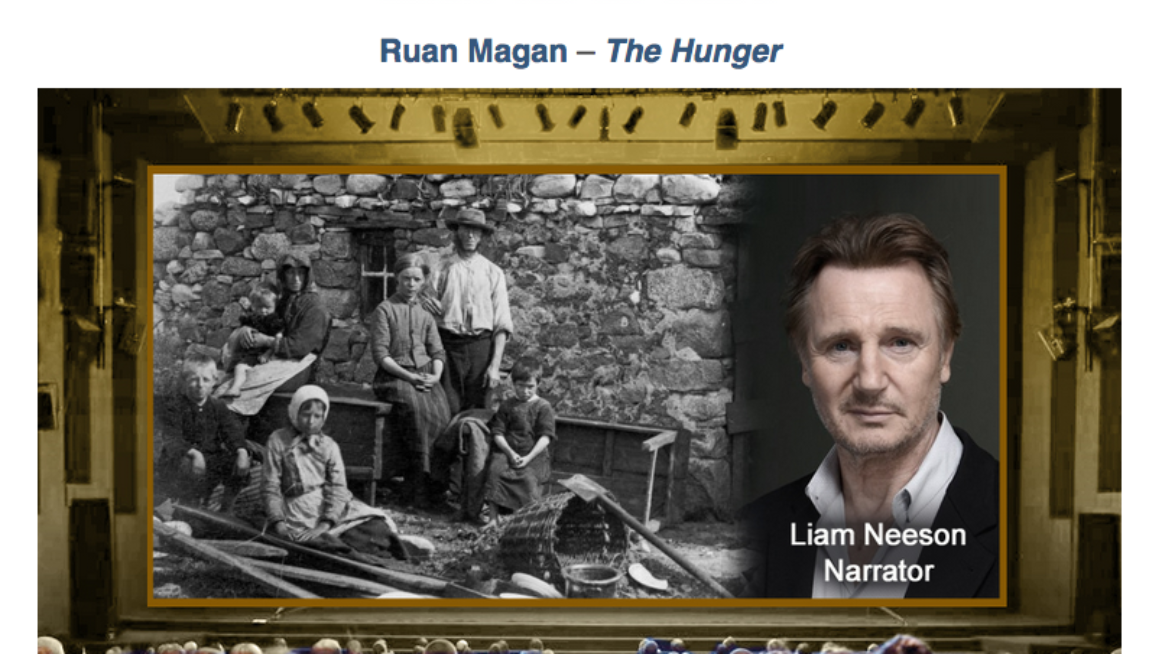 The Hunger has won Best Of Show Award at the Accolade Competition in California as well as Award of Excellence for Natasa Paulberg’s score.  This score was recorded by the RTÉ Concert Orchestra, conductor Gavin Maloney, last September in Radio Centre. More recently, the RTÉ CO teamed up with Paulberg again for Atomic Hope, premiered as part of New Music Dublin.

Congratulations to Natasa, great to have been part of it!