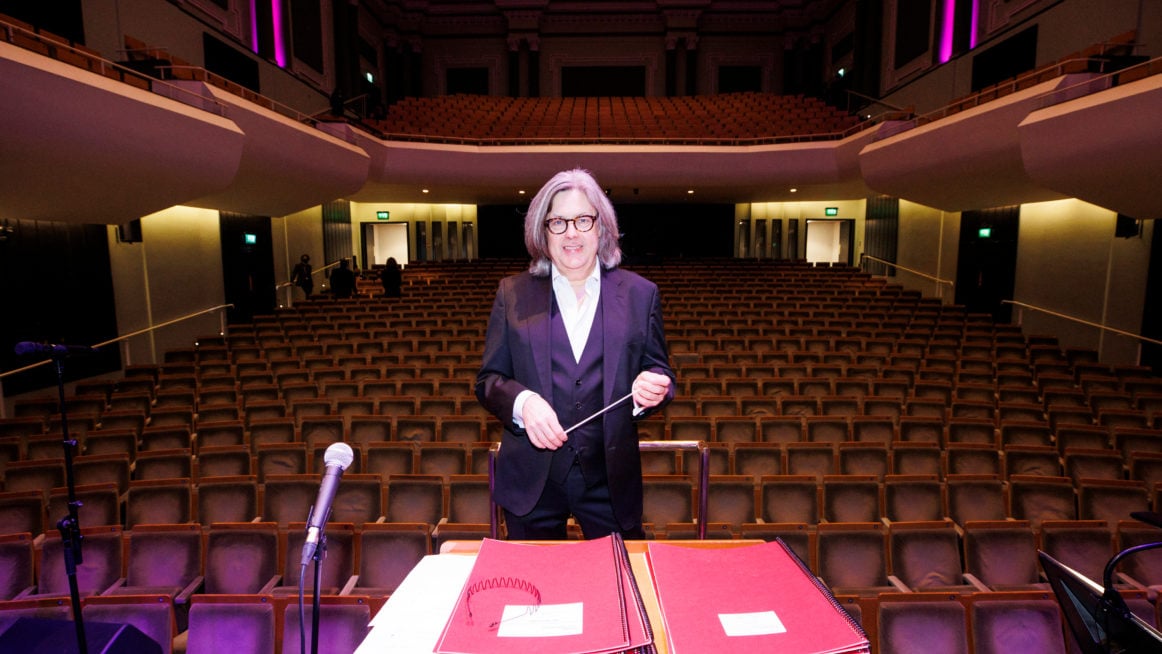 ‘Guy Barker is that rare thing – a brilliant soloist, a born leader and a generous accompanist. He can play so your heart breaks or your head swivels.’ – Anthony Minghella

RTÉ today announced Guy Barker – trumpet player, bandleader, composer and one of the most sought-after arrangers of today – as Associate Artist with the RTÉ Concert Orchestra.  A regular guest in recent years as arranger and conductor, he conducted the RTÉ CO in his orchestration of Miles Davis’s Kind of Blue in 2019, winning a a prolonged ovation from a packed National Concert Hall. Other projects for the orchestra have included Aretha Franklin arrangements broadcast on RTÉ Radio 1, a Christmas set broadcast on RTÉ lyric fm – just nominated in the New York Festivals Radio Awards – and a Sixties Soul concert in the NCH.

Guy will be a guest on Arena, RTÉ Radio 1 on Tuesday 5 April ahead of his first concerts as Associate Artist with the RTÉ CO. Jazz Legends, in the NCH on 21 April and Cork Opera House on 22 April, features a centenary tribute to Charles Mingus, in orchestrations co-commissioned by the RTÉ CO and the BBC Concert Orchestra, as well as another chance to hear Kind of Blue Orchestrated.

RTÉ CO General Manager Joe Csibi says: ‘Guy is an extraordinary talent and a perfect fit for the role of Associate Artist with the RTÉ Concert Orchestra. Bringing a wealth of musical knowledge, his role will be to explore interesting projects combining the orchestral soundscape with jazz, blues, Motown and other world music genres. We’re very excited about developing the plans that Guy has for the RTÉ CO, and following the model we’ve used for Jazz Legends, we’ll be co-commissioning with partners in the EBU.’

Guy Barker’s career has moved through several distinct phases, from jazz soloist and sideman, through bandleader, composer and latterly one of the most in-demand arrangers in Europe, while also including forays into theatre and movies.  His distinctive trumpet sound can be heard across a wide range of genres, from instrumental jazz to the Great American Song Book to the classical, working with Gil Evans, Quincy Jones, Wynton Marsalis, John Dankworth, Frank Sinatra, Sammy Davis Jr, Lena Horne, Liza Minnelli, Mel Tormé, Lesley Garrett, Willard White and many more.

The late Anthony Minghella, a long-time admirer, asked Guy to arrange music for two of his films, The Talented Mr Ripley (where he also appears in the band in the ‘Tu Vuò Fà l’Americano’ scene) and The No 1 Ladies’ Detective Agency. He said of him: ‘Guy Barker is that rare thing – a brilliant soloist, a born leader and a generous accompanist. He can play so your heart breaks or your head swivels.’ As The Sunday Times put it: ‘The ability of Guy Barker to adapt to vastly different environments is little short of astonishing.’

An incredibly busy and varied career has also included eight solo albums (two of them nominated for the Mercury Music Prize); playing as session musician with Paul Weller, Van Morrison, Elvis Costello, Grace Jones, Peter Gabriel and George Michael; presenting for BBC Radio 2, 3 and the World Service; playing and acting alongside Eddie Izzard in Lenny on the West End stage being directed by Sir Peter Hall.

Composing and arranging was always an important part of his musical life, but over the last fifteen years it has gradually developed to the point where Guy is constantly in demand for those skills. A key moment, when he realised that his future lay in that direction, was when he was Musical Director for an awards programme, where Quincy Jones was amongst those being honoured. Guy composed an original piece to open the proceedings – the next morning he received a call saying Quincy would like a copy of the score.

Since that time, the majority of his work has been for large orchestral settings, as well as arranging for many great singers, including rearranging a Sting song for him to sing with the Chicago Symphony Orchestra. Since 2008 he has been the Musical Director and arranger for the annual Jazz Voice concert at the Barbican, where he has arranged for Kurt Elling, Jamie Cullum, Gregory Porter, Paloma Faith and Melody Gardot. He performs a similar function at the Cheltenham Jazz Festival every year.